I was sitting in an airport on my way back from Atlanta after several hours of delays due to this year’s wintery FREEZE.  I was beginning to get kind of bored from just reading.   I started to eavesdrop on some nearby conversations… An unknown woman was talking about a spent vacation in a beautiful location – villa Koh Samui on Thailand.  I realized by many of the varying topics – that REAL-LIFE conversations can be as informatively interesting as surfing the net, reading a book or watching a good documentary.

It just so happens that our team (PERKA) is always working hard at steadily improving our ability to communicate – so that we can “know” more, be more aware, to be able to use our individual, collective and combined awareness through a power of attention and focus on details.   We consciously chose to practice this; to not just “be” better for each other, or to “make” things better for clients but to intentionally work to “serve” others selflessly and sincerely more.  By having more than one of “us” involved in this process it is revealing that it is easier to be “selfless” – without “EGO” …  and work towards our primary team objective of seeking the best, most serving, STRESS FREE solution for the client and us as teammates!

From a practice of working on “listening” skills through “eaves dropping”, …  I was able to re-affirm 3 very important factors about

collaboration and cooperating through effective communication.

After we took off and reached our cruising altitude I got to “eavesdrop” on an elderly couple … actually not that elderly as they were maybe about 7 years and 4 months older than I and sounded to be recently retired.  They were delightful to listen to.  BOTH were genuinely respectful of each other.  They did not “talk” over each other…  both were patient to wait till the other was fully heard.  It was a bit noisy in the cabin of course…  so, they tried to speak loud enough to be heard – but not too loud to broadcast their conversation.   Lucky for me I was close enough. Notwithstanding – they both took turns to repeat what the other was saying or asking for clarification to be sure they understood and to confirm that the other was heard.  They did it gently, with kindness, patience and an obvious total respect and LOVE for each other.  I could FEEL that sentiment flowing back and forth.  They seemed to be reminiscing too of some of their past and you could hear them even apologize for certain things they may have done or not done at some time or another.   Yet, the other would acknowledge it with a chuckle of rekindling a memory and say it was “all good” and part of their journey together.   This immediately reminded me of an old African proverb that says people who love each other do not dwell on each other’s mistakes…  And so, ideally, in that moment, that said to me that the pinnacle of great communication is to listen and hear another with so much empathy it resembles and behaves like LOVE!  (I did also hear, while we were deplaning, someone say to them how they looked so “adorable” together.   The woman quite proudly said – “well that’s what 50 years of DATING each other can get you… constant wind beneath my wings”.   Hmmm now that was something really interesting to ponder on.  Watch for a future blog on that!)

And one never knows what they can “learn” from being “divinely” delayed and waiting around in an airport!

May we be so lucky to always have wind beneath our wings,

Our World today
is looking for men and women,
Who are not for sale. Who are honest,
Sound from center to circumference,
true to the heart’s core.
With consciences as steady as the needle to the pole.
Who are steadfast if the heavens totter and the earth reels.
Who can tell the truth and look the world right in the eye.
Who neither brag nor run – Who neither flag or flinch.
Who can have courage without shouting it.
Who know their message and tell it.
Who know their place and fill it.
Who know their business and attend to it.
Who will not lie, shirk or dodge.
Who are not too lazy to work.
Who are willing to eat what they have earned,
and wear what they have paid for.
Who are not ashamed to say “No” with emphasis.
Our World is looking for them, men and women,
who can unite around a common faith,
who can join hands in a common task .
Not only are they better prepared to fulfill their
duties to their world, they make a better friend,
a better husband, a better father,
a better wife, a better mother. Because free people do.
They are better prepared to live, and when their hour comes,
they will know better how to die, because free people do. 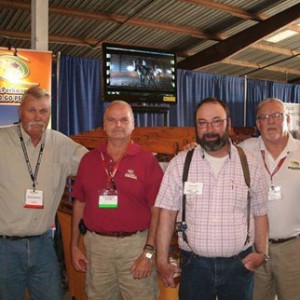