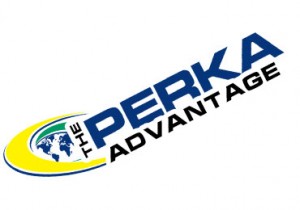 A few years back we asked contractor/builder folks what they thought about Perka Buildings.   You don’t have to take our, albeit biased, opinion…   here is just one reply we received…

The benefits of using Perka frames in almost any building (commercial/residential) are endless. Here are just a few of them!
1. Perka Buildings vs other Metal Buildings.A. Being able to make changes on sight because of wood purlins and girts…
B. Ability to insulate and sheetrock for true inside finish.
C. Two story buildings. Perka can add multi-story floor joists in. For others, the cost is staggering for this. It’s more cost effective to build a building inside a building (which is not cost effective at all compared to the time, materials and financial savings with a Perka building).
D. Ability to design the building exactly the way you want.   You can get a custom building that iss not at custom pricing.  It’s not just cookie cutter buildings like others sell.  If you want a custom metal building from others, either the cost is prohibitive or they flat out just can’t do it.
E. Ability to side the building with non-metal products.
F. Owner-Builder friendly.   Enough said on this one.2. Perka Buildings compared to stick (wood) framing.

A. No perimeter or interior footings required.  Savings on cement.
B. No load bearing walls. Savings.
C. No door headers. Savings.
D. Ability to put interior walls where ever you please.
E. Much less studs to drill for wiring and piping.
F. Model 4000 Frames can be purchased (in some areas like the east and west coasts) for the cost of wood trusses alone. WOW!!!
G. They are really low cost and super fast engineering.
H. Major labor savings on construction.

A. All of the above plus:
B. You can get no hassle open beam vaulted ceilings
C. Ability of frames to be built for sloping land.  The cost savings here alone on cement footings can be staggering.
D. No hassle perimeter decking, second floor balconies, covered porches, etc,etc,etc.

I know this was not part of this discussion but I can’t stop when I’m on a roll!

The biggest thing for me is not to go head to head with other metal buildings.  I don’t sell metal buildings if I can help it.  They are a pain to put up.  A pain to work with.  You always need to consult engineering for any type of change.  I’d prefer to sell Perka Metal Building frames.  If someone just wants a non insulated, plain jane, metal building and they are just price shopping regardless of quality or benefits then that’s going to be a challenge.  If they are wanting and understand value, benefits, long term investing, then they just opened the door for Perka Building.  You may need to do a lot of prying (ask questions) about their project.  I probably shouldn’t use the word prying but sometimes that’s what it is.  For myself I’m always truly interested in the persons project, their preferences, their wants and desires.  They can tell that when I talk to them.  And I can do this with confidence knowing the Perka can back my ability to serve them.    The first and foremost thing I truly do is rack my brain to find ways to save them money and be able to show them that on paper.  For instance I can space the frames at 15′ and not need to have as many frames as stick buildings.  Spacing the frames at 15′ also meant bigger floor joists and roof rafters.  Since I’m such a good economist (cheap son of a gun), I decided to see how much it would be for an extra frame so I could use smaller lumber. To my surprise the total price with extra frame was the same as without.  Since there was not as much load as the bigger spacing the metal required for the framing was less.  Wow, see what I mean —  the flexibility allows me to be able to try the different scenarios and come up with the BEST one.  I am not locked into to just ONE way!!

Two stories.  One of a sale and one of a non-sale.

Non-sale: A customer of mine from my other business was telling me that her and her husband were adding a garage (for storage) with living quarters above. I told her that I could save her a lot of money if she used Perka frames.  Unfortunately she already had a contractor hired to build the stick framed building.  He was behind by a couple of months and hadn’t started their building yet.  She got a hold of the contractor and he said he would take a look at the Perka frames.  BTW, this contractor had built several buildings for these people before.  I designed some frames that gave her way more usable space plus added a huge second floor deck (his plans had no deck).  All for more that $50,000 less than the contractor’s project finish price.  I only lost that one because once the other contractor to a look at my plans and numbers, he saw that he would make a lot less money.  Namely that $50,000.  All of a sudden he was no longer busy and started to build their building while they were gone on vacation for four weeks!  They did not have a contract with the builder but were friends so they just let it go…

Sale: This was actually to another contractor. He was building a residence plus hangers for private airports that has became quite popular around the country.  This was actually a building he wanted for himself. He was going to stick build the two story residence with a workshop below part of it…  but wanted metal frames for the hanger that was connected. I was actually bidding against other metal truss builders (Perka knock offs) for pricing . When I saw his plans I said “how about I price out the whole building for you with Perka multi design Frames. He said no because the building was already engineered and through planning, and he wanted to stick build because he was a contractor and he thought he could do it much cheaper.  He said don’t bother you would be just wasting both of our time. I didn’t listen to him. I priced out the hanger frames but I also priced out the whole project with (custom) Perka Frame.  He pretty much just had a un-attractive same height square box before. I designed him a beautiful split roof with high windows HOME. With the same footprint he gained 900 square feet in his second floor living quarters plus a added second floor observation deck to oversee the runway. He had clearer shop space below (less load bearing posts).  I also showed him where and how he would save money and labor over his design.  Once he saw my idea in a colored pencil drawing I made (just the shear better looks of my building design sold him on it I believe), he had to meet me in person to go over it.  After we met and saw what I was saying was true, he scrapped his project. He tried to shop other building frame manufacturers to try to get a better price than mine.  But nobody else he contacted would not even entertain putting a similar package together. He was sold!  Sometimes it pays to show a person different ideas, even if at first they are set in their ways.  He is extremely happy with his building now and told me it went together without a hitch!!